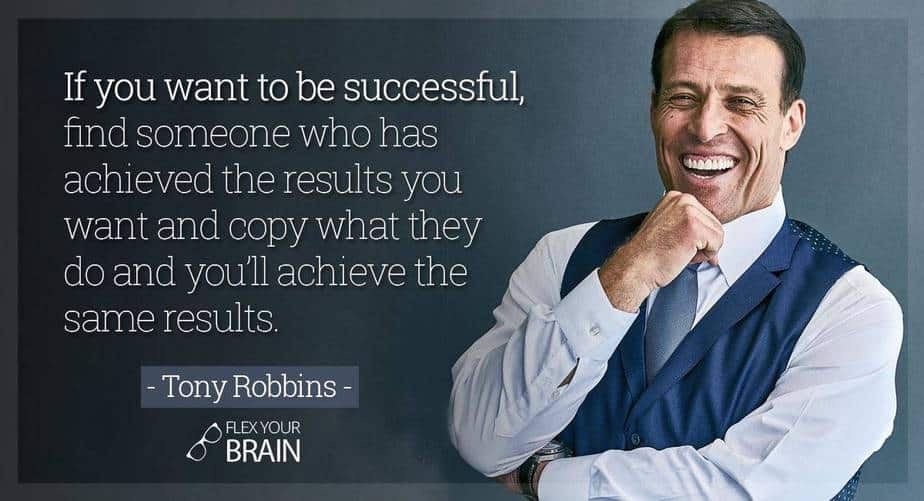 “I started out loving people. I just love people and I was, I hated suffering. I grew up in a really tough environment and err, my mom you know, I didn’t used to talk about it but I do today because it empowers people; my mom abused alcohol and prescription drugs and I’m the oldest and so it was, it was a rough time we’ll just put it that way, and so my only escape – I grew up in an environment that was very poor financially and emotionally, was books, and somewhere along the way I got this thought, ‘leaders are readers’. and since I had no mentors in the beginning, books were my mentors. I would go out and I would read.”

“I took a speed reading course and I said I’m gonna read a book a day, and you know I didn’t do that, but over seven years I read more than 700 books all in the area of human development – psychology, physiology you know, early books like ‘as a man thinketh’, you know, like it reads even if you’re a slow reader in an hour – you know, Emerson’s essays to strategic tools and that started to change me, and biographies, where I really realized that no matter what hell I was going through, these great human beings, they’ve been through hell too, and it shaped me, but when I really took off is when I started going to seminars because then I was able to get some more direct coaching. It wasn’t general.

I listen to audio programs all the time. I believed in nett time, no extra time. I was driving in my car. I was gonna feed my mind and my original teacher was a man named Jim Rohn who was a personal development speaker, and he was amazing and he just taught me everyday, you got to stand guard at the door of your mind, if your best friend in the world comes by or your worst enemy drops you sugar in your coffee or coffees, fine, it’s sweet

If your best friend,  your parents you know, somebody who cares about you accidentally put strychnine in your coffee, you’re in trouble, so every day you’ve got to stand guard the door of your mind and you got to feed your mind because otherwise weeds are automatic, so I was feeding it but where it took off was when I finally got mentors or coaches and one of the earliest ones was Jim Rohn.

When I finally got to actually work with him, which was incredibly valuable and I’m still, I spoke at his funeral, I have shared just what a deep impact it had on me. It wasn’t so much strategies, more philosophy. He taught me that for things to get better, I had to get better. For things to change, I had to change. That the only way that you really become wealthy is find a way is to do more for other people than anybody else does. Add more value and there’s no limit to your life, so those are invaluable.

But then I have a teacher named John Grinder who taught neuro-linguistic programming, who is the founder of it and he taught me tools where I could change people in minutes instead of decades, and he showed me this concept of modeling that Rohn had talked about. Rohn had told me ‘success leaves clues’ and then if you do the same thing successful people do you you could convert decades into days and so that became my obsession – to learn that, but then eventually I became that teacher and that coach myself.

The privilege of coaching

So I’ve had the privilege of coaching you know millions of people from a hundred countries, now 50 million people but I still get coached and I’ve still people that I coach you know, some of the people I started coaching have become coaches for me because they’re so successful you know, Marc Benioff is a dear friend of mine. Some people have heard of salesforce.com if they’re in business. I’m sure they have, it’s kind of the apple of the industry now, and they power everything from Facebook to coca-cola. I mean just the breadth, and Mark came to one of my seminars where I coached him. He came three times to my ‘unleash the power within’ program and they came up to me and introduced himself and said ‘you’ve changed my life and I’m leaving Oracle where I’m an employee and I’m gonna start this company called salesforce.com and I just want you to coach me because I’m gonna build this incredible company, we’re gonna do a hundred million in business, I promise you, and I tease him about it today because that was 15 years ago and this year I believe he was gonna do 7 billion this year so Mark’s doing ok, and I learned from Mark you know, so it’s so amazing.

Peter Guber is one of my dear friends, he owns the LA Dodgers you know. I was traveling with him during the NBA championships because he owns the Golden State Warriors and 52 Academy Award nominations, and I’ve had the privilege of coaching for years and then being coached by him, so at this stage of my life I coach some of the smartest people on Earth and I’m coached by some of the smartest people on Earth.

It never ends and so that’s why I built the coaching. I coach a few people here. I charge a million dollars a year, like Paul Tudor Jones has been my client for, gosh, 22 years and somebody doesn’t pay you those kinds of fees plus a piece of the upside unless you’re delivering and what I’ve done is take the best of what I figured out I can’t coach more than four or five people at a time, so I’ve trained my coaches to do the exact same thing and they don’t charge one one-millionth of what I charged in that area, and it makes it easy for people, so what I wanted to do out of this experience is just to invite people to be able to have a coaching session. I’m willing to give it to them for free there’s no strings attached, and if there’s enough added value then hopefully they’ll become a client, and if they’re if they’re a business owner, we even do a business growth audit for people, so if you want that kind of coaching you can ask for it specifically.

And then because my whole passion is growing businesses thirteen hundred thirty percent a year or less and we do it over and over and over again all over the world with billion-dollar businesses and businesses of people just getting started you know, ‘army of three’, and they grow,  you know, a chiropractor who’s struggling and we help them double his business, or a dentist, as well as and we have the largest home builder in Mexico that contributes us was 750 million increase in their sales, almost a billion, that they directly attribute to us, so we got some cool skills, but coaching and mentoring is a way of life, it’s how do I get more out of a shorter period of time, because we all have so much demands that unless there’s somebody help us control our focus, measure it and help us to maximize then we usually don’t maximize at the level we could.

Mentoring coaching is the oldest way that I know of to move towards mastery, if you want to dabble it’s the wrong thing for you you want this biggest results in the shortest period of time – coaching is it.”