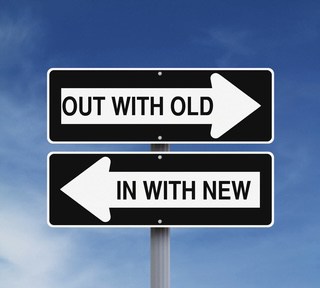 Some of you will have surfed in and found me here for the first time and some will have transfered from my previous website.

Essentially, the new site (this one) is a straight port of the old one, but with one crucial difference – this one is much more focused.

On the old site, I just started writing

When I started the blog on the old site, I knew that was what I wanted to do, but I really wasn’t sure of my direction. So, to practise I just started writing. I had a lot of things in my head that I needed to get out, so just started typing.

At the time, we’d just started investing in some property and that made up a fair bit of the material on the blog. It was, up until 2018 essentially a property blog.

But in 2018 things began to change for me. My partner was really passionate about the property whereas I had started to get more interested in affiliate marketing (I joined Wealthy Affiliate and started taking things more seriously) and started posting about that.

Too much crossover, less focus

The blog became a bit of a mish-mash and had lost a bit of focus. Was it a property blog? – not anymore. Was it an affiliate marketing blog? – not quite yet. It was becoming clear that Google was confused too. There was too much of a crossover.

The next thing was that the blog url was my own name dot com. That seemed a really good idea at the start (when it didn’t really matter). The blog belonged to ME, and I was proud of it, but it wasn’t helping me going forward. I wasn’t well known. I wasn’t an influencer. It was no advantage.

While I was getting posts indexed, the ones that were doing best were the property ones, but I wanted to go down the online marketing route and when I started posting about that, Google was very torn between the two.

“What is the blog about”? said Google

Was this guy’s blog about property? Err, I think so, but now he’s posting all this other stuff that isn’t about property! What shall I do with him? I know, i’ll stick him on the miscellaneous shelf! Then if people search for property or affiliate marketing I can give him a mediocre indexing for both.

My next big realisation – the personal domain name, was now an albatross hanging around my neck. The ego boost I got from having the blog in my own name just wasn’t helping me.

Who was I? Only my 343 Facebook friends knew. These were the personal friends. No-one was ever going to search for my blog by name, and the url wasn’t definitively about property or affiliate marketing! It wasn’t a help, it was a hinderance.

I had to make a change.

In the middle of last year I decided that at the start of 2021 I was going to bite the bullet and sort it out once and for all. I’d set up a little Facebook Group called ‘The Make Money Online Thing’, and this has begun attracting members.

I wondered if the domain name was available?

So I snapped up themakemoneyonlinething.com domain name and got some WordPress hosting straight away. It summed up the business I wanted to be in. It conveyed my niche well and it sat nicely alongside the Facebook group.

So what was to do next? 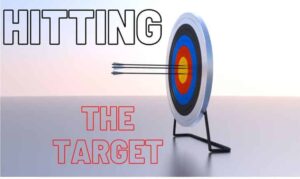 I had to get all of the content, pictures, plugins, the theme and everything else from my old domain and onto this one. Fortunately I knew the exact plugin I needed to backup my original site, change all the references of the old domain to the new one and then upload it all to the new site.

It took about an hour to transfer everything and make sure it worked. It did. ?

But of course, buried in amongst the posts were those same old property posts (about 40 of them), so I knew they had to go first. I marked them for deletion and then submitted the new site to the Google God.

Waiting for Google to do it’s thing

Now i’m just waiting for Google to drop the old site and index the new one. This is going to take a little while, but I know in the end the site should rank higher as it’s much more focused now, with the domain name actually counting towards it’s SEO score, rather than being totally neutral.

There is also another advantage in not having the site tied to my name – if I ever choose to sell the site, it will be so much easier with a nice targetted url than one named after me!

Now those of you well versed in Redirects of 404 errors will say, why didn’t I keep the old site indexed and redirect the traffic? Well, I wanted a completely clean start. There was a legacy of the old site that I didn’t want to carry over to this one, so I don’t want any connections between the two going forward.