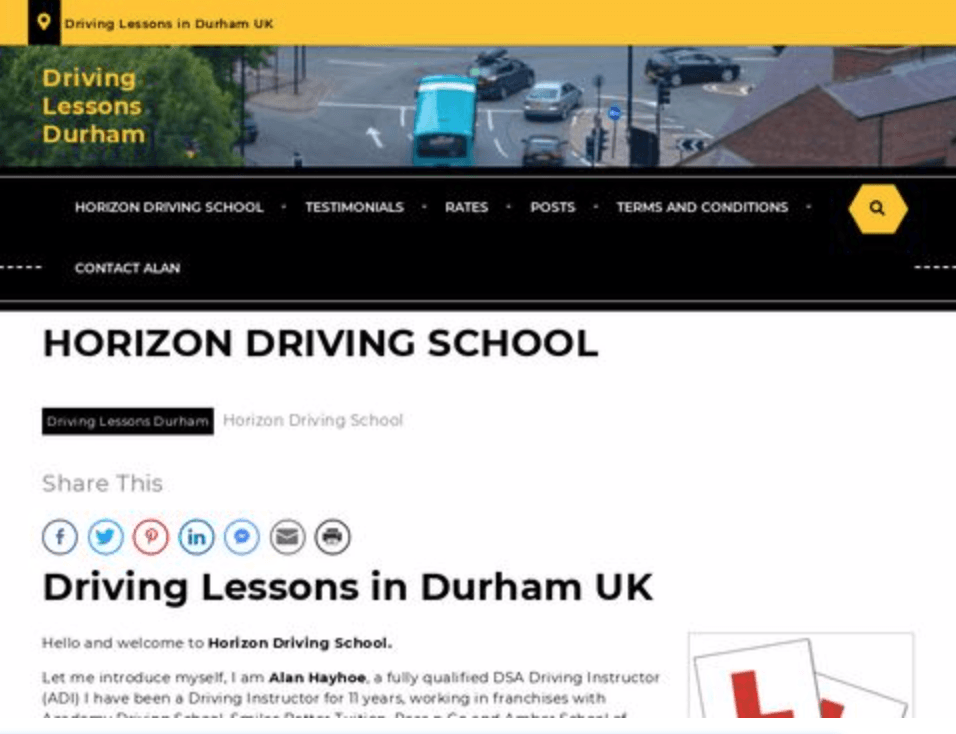 About a week ago I got a message from my stepson. He said his dad needed a website, and he’d remembered a conversation from his house warming party last July (2018). I’d said that I did websites and lo and behold nearly a year later, I got the request.

Alan has a driving school in Langley Park, a village just outside Durham. Football fans might recognise Langley Park as the birthplace of Bobby Robson. He’s a one man operation, having worked for some of the big franchised driving schools, he’d branched out on his own.

He’d been operating a Facebook page for his driving school, but it seems like he’s been struggling with new bookings this year, so I agreed to create him a website to hopefully get that phone ringing again.

Early analysis revealed he had no presence on Google search at all! This wasn’t good, but it certainly explained why no-one was finding him. I set about researching key words and came up with a domain name for his business, Horizon Driving School.

I’ve built the site for him that lets people know what he offers, how much he charges for lessons, and all importantly included a page for Testimonials that he’s collected over the years he’s been operating. These are vital because they pass on the message that he’s a great instructor and that people successfully pass their driving test when they learn with him.

The site is quite simple, but allows him to post his own updates to his blog and keep the content fresh and relevant. As he gets new passes for his students he’ll be able to tell the World, enhancing his own standing as a great instructor in the Durham area.

If you are thinking of learning to drive and you want an instructor who’ll get you through your test at minimum cost, try Alan at Horizon Driving School. You won’t be disappointed.