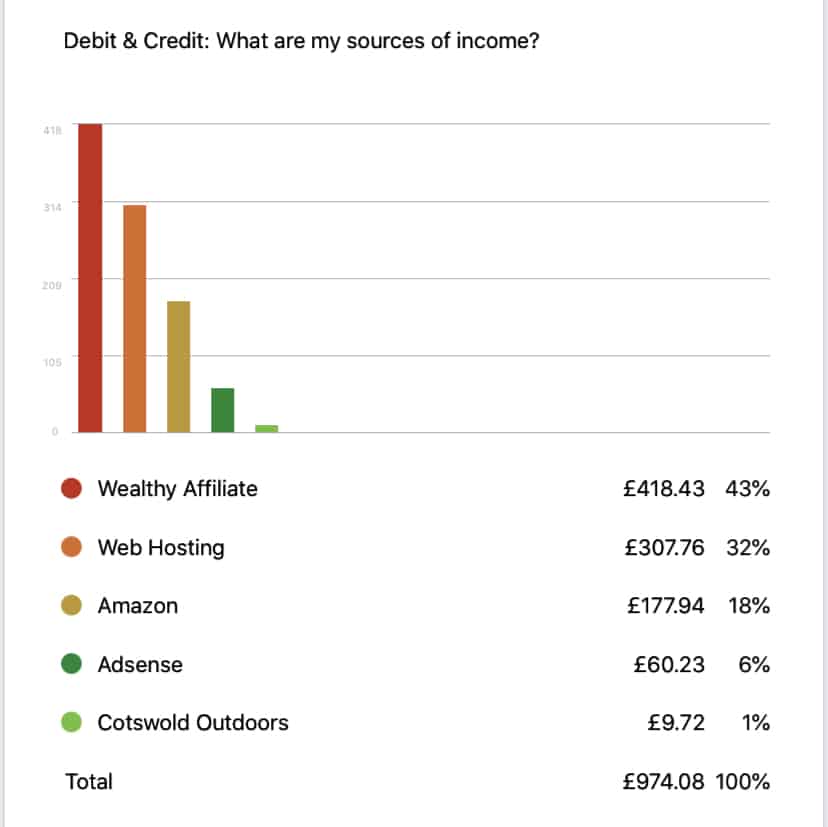 I often struggle with the question of whether I should publish my income or not. Something in me still thought that it was  bragging, but I now realise it’s important to show that the systems i’m writing about actually work and that I’m actually taking part and practising what I preach.

So, for the sake of transparency as promised, here’s the latest state of affiliate income since January 2019.

In addition to this there is approx £100 from Amazon in the pipeline to come that has been earned but not yet paid out (Amazon only actually pay out 2 months later).

Amazon is my fastest growing income sector at the moment, with hopefully more to come as I bring a 2nd affiliate website online.

There has been enormous growth in the website traffic that i’ve experienced on the Amazon associates site in question and I have plans for further expansion in future so I expect these figures to inflate quickly.

i hope to identify some really good Clickbank stuff soon too and add that as another income stream to the overall pot.