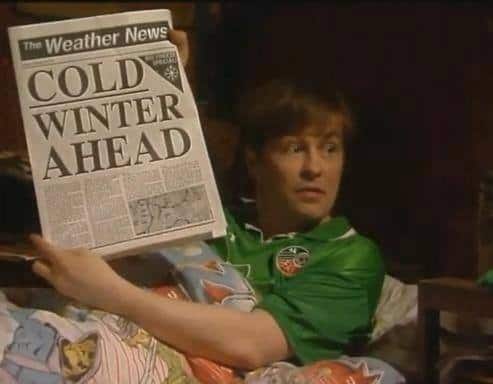 Exacta Weather think they can forecast the weather: they can’t

Over the years of weather watching, it’s become apparent that there a lot of folks out there who’ve taken a stab at weather forecasting. One of the first who came onto the scene was Bill Foggitt, a local (farmer?) from North Yorkshire who made his forecasts by watching nature and writing a little column for a local newspaper. He didn’t try to make any money from it and just enjoyed talking weather with people. He was a local character. Everyone loved Bill.

Since the internet came along, weather forecasting has exploded. There’s a plethora of info out there for people to reference. I first got into it while I was still at school (see the homepage interests section) As usual, there’s people who reckon they can make money out of it. Some of these people are really good and knowledgeable, but for every few that are, there’s the usual crop of charlatans who claim they can forecast better than the Met Office by using nothing other than an old sock and a laptop. They claim that their system (unpublished and unvetted) is superior in every way and can see waaaaay into the future. They also claim nearly 100% accuracy. One prominent ‘company’ claiming this kind of success is Exacta Weather, mainly on their Exacta Weather Facebook page.

James runs a ‘business’ called Exacta Weather (i’m not giving him a link in a million years). He started Exacta Weather in 2010 when he luckily predicted the winter to be cold. He saw an opportunity to make money and has issued ‘forecasts’ ever since, charging ridiculous amounts of money for those gullible enough to stump up the cash for his vague tosh. He’s never predicted anything correctly since then. Whatever Exacta Weather predicts, you can bet that the real weather does exactly the opposite.

Exacta Weather (not registered at Companies House, so he’s a sole-trader) is run for personal gain. The way he writes his forecasts, he tries to give the impression that he is an expert and has a team of devoted meteorologists working for his company, but in fact he is a one man band operating from a poky flat in Lancaster. That is his first deception. James has no meteorological qualifications whatsoever. He sends out spam emails by using disposable email addresses and sends his lies to all the papers like the Daily Express, where his ‘partner in meteorological crime’ is a guy called Nathan Rao. Between them they are responsible for 95% of the crap weather stories that appear in the media. None of the stories are remotely true or based on real science, they are just bulls**t generated to sell papers and gain subscriptions for Exacta. The tabloids lap it up. It’s the ‘worst winter for 100 years’ every year according to them, even when the evidence shows the opposite. The Met Office get the blame when they are wrong. It was the Weather Forecasters who ‘don’t have a clue’ and ‘can’t forecast for tomorrow’, let alone 5 days ahead. No-one noticed the original forecast didn’t come from the Met Office, but from Exacta Weather or the other guy whose name must also be mentioned, Piers Corbyn (yes, he is the brother of Labour leader Jeremy and equally as potty in my opinion).

How Exacta Weather end up just fiddling the figures

What usually happens then is the weather doesn’t ‘conform’ to his forecast, James then tries to claim he was right by verifying his own forecast of, for example ‘widespread snow’ against a dusting on top of the Cairngorms. He is so inept that the product he used to sell for ££££’s after his lucky break in 2010 can now be seen hawked for a few pence on his website. He is a complete charlatan and liar who makes money out of scaring old ladies they are going to freeze to death every winter.

It is impossible to do what they claim. Exacta Weather cannot predict the weather correctly from many months in advance. That is a total lie and a brazen attempt to deceive. Weather is a complex science and evolution of weather systems is chaotic. It simply cannot be done. Exacta Weather cannot predict accuately in May that it’s going to snow to a depth of more than a foot on December 18th, even with a margin for error of a few days. It’s just simply a guess, and such a sensational one that he’ll be 99.9% certain to be wrong. But, even at those odds, if he spews out 1,000 ‘forecasts’ he’ll be right once. That’s why Exacta Weather are so prolific. Don’t let him get away with it. I’m certainly not going to. My aim is to get this post in position 1 on Google for the ‘Exacta Weather’ search term, pushing his site down the rankings to where it truly belongs. Oblivion

Please don’t believe anything Exacta Weather say. The forecasts are total fiction, have no basis in the science of Meteorology and don’t stand up to scrutiny. They couldn’t forecast darkness at night time. 😉

Some of the links on this website are affiliate links, which means that I may earn a commission if you click on the link or make a purchase using the link.

By using the affiliate links, you are helping support the themakemoneyonlinething.com website, and I genuinely appreciate your support.
(Visited 633 times, 1 visits today)