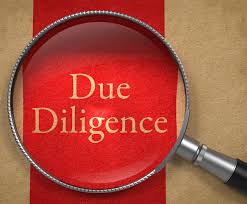 The Big Squeeze – Due Diligence Is Even More Important

At the moment there is a big squeeze on all of our finances that I haven’t personally witnessed since the 1970s. At that time, Britain was plunged into darkness due to power cuts.

I have vivid memories of candles and matches being kept at the front of the kitchen drawer and on the hearth by the fire, ready to be used when the lights went out. The times of the power cuts were published in local papers. We all huddled round and played cards.

As a kid, it was quite exciting, but now as an adult it’s not quite so much fun.

It was quite unbelievable though at the time. Only a half-dozen years or so after the power cuts we had the Winter of Discontent (1978-79). Now, a little over 40 years on we are faced with soaring prices again, but amongst the doom and gloom, things are seemingly looking rosier.

That is what the internet seems to indicate. 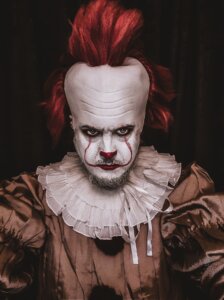 You see, all across the land there now seems to be a bunch of young enterprising people who have discovered how to make ‘pots of money’, against this backdrop and they’ll show you how to do it too (from the goodness of their heart).

What usually happens is you’re tempted to sample some training at a seminar, it’s free so you don’t need to worry. The seminar will be used to get inside your head and encourage you to invest in further training, often at a cost of many thousands of pounds/dollars. This is the start of the sales funnel. You’ll be promised all kinds of things, but you’ll only succeed if you take the training.

All will be revealed at the advanced training. All the secrets, loopholes and short cuts. The trainer will show you exactly how they’ve made millions. You can copy them and make millions yourself.

Now, ask yourself, why would a ‘successful businessman’ give away all his secrets and shrink his own market share whilst showing other people how it all works for free? What’s in it for him? The answer you should come up with is:-

Because it’s far more lucrative to run a training course than actually being active in the field they are giving training in. It doesn’t matter that they are in danger of shrinking their market share, because they aren’t actually in that market. You are their market!

They are the embodiment of ‘fake it till you make it’. 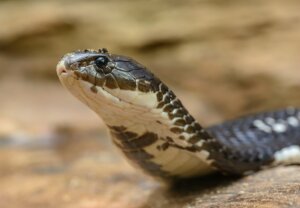 If someone comes out with a phrase like “your success is my priority”, or “my mission is to help you quit your job”, run a mile. They actually want your money to use as their own money.

Make sure you do your due diligence on these people (they’re all over social media), or they’ll sell you snake oil and the only person making money will be them.

Search to see if they have judgements against them

Delve into their accounts, their reviews, their history and see if what they say can be substantiated. If it can’t, your money is at serious risk. Don’t let their own propaganda fool you.

Dig deeper than just the first page of Google results when doing your investigations. Very often they’ll bury the bad reviews with their own super-optimised bull.

Flashy cars and houses can always be rented to deceive. Famous ‘associates’ can be photographed at paid meet-and-greets. Endorsements can be completely bogus and made up. Real rich people don’t flaunt themselves in this way.

You’ll also find that a lot of their trainees rapidly become trainers themselves, because they realise that is where the real money is. That is a huge tell-tale sign. The ‘success students’ are scratching the backs of the gurus and are rewarded with a slice of the pie.

Make sure you do Due Diligence

If they don’t check out, and you see any of these red flags, then it’s highly likely that you are going to lose out if you do business with them. If it sounds too good to be true, then it probably is.

Don’t respond to false scarcity offers, they are designed to make you make snap decisions without doing all the checks. 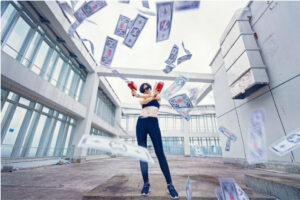 It’s hard enough keeping our heads above water at the moment. Please don’t make it easy for these people and freeloaders to stay afloat at your own expense. They will take advantage of vulnerable people. They’ll take your money to maintain and better their own lifestyle. You will lose out.

They will dine handsomely, rewarding their wives with designer outfits and handbags. This will then be used to further their evidence of ‘success’.

If you see them on fancy holidays, driving swanky motors and continually boasting about being millionaires, where do you think that money comes from? Do you honestly believe you can ‘buy’ things with no money for example? It’s all smoke and mirrors.

Just take a little time to think about the psychology of the whole operation. You will soon realise whose benefit it is set up for. Don’t be naive and keep your wits about you.

Criticism Is Being Discouraged by Legal Threats 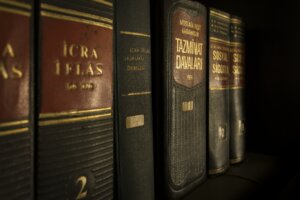 Something else we are now seeing is, the fakes will jump to hide behind the law as their activity is in danger of being exposed. They’ll spray legal letters out to anyone who gets close to exposing their methods. Cries of ‘defamation’ and ‘harassment’ are commonplace.

Sometimes they even take that libel action, knowing that even though they are guilty, most accusers will be unable to afford to defend themselves in civil law (or so they hope, it’s very expensive).

Defamation threats are being used to silence  journalists and commentators, giving space for the immoral and sometimes illegal activity to continue without question.

They are known as SLAPP (Strategic lawsuits against public participation) and are intended to censor, intimidate, and silence critics by burdening them with the cost of a legal defense until they abandon their criticism or opposition.

Justice isn’t done, it’s bought by those who can afford it.

Legislation and Regulation is Needed

It’s high time there was legislation to protect the vulnerable folks these people target and the public at large in these desperate times. Don’t let them take your money.

The establishment are slowly waking up to SLAPP lawsuits, but it is slow and the market still remains largely unregulated and full of charlatans and chancers making their quick buck at the expense of unsuspecting and naive innocents. 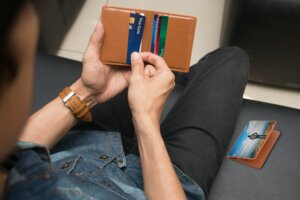 Leave Your Credit Cards At Home

If you are drawn to a free seminar or presentation, please leave your credit/debit cards at home. The gurus will try to force you into making snap decisions about money you can’t really afford to spend/lose. Don’t let them manipulate you. They are very good at it and will use every trick in the book, including NLP.

Don’t fall for it. Just take a step back and give yourself space. If the opportunity is good in the next four hours, it should still be good tomorrow or next week. Don’t be rushed and then regret it later, resulting in a protracted fight for a refund, with all the stress that brings.

The only way we can be rid of these predators is to to stop their income at source. Don’t give them your hard-earned money.